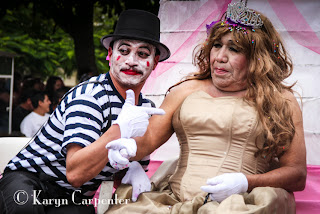 Mexican bandits on horseback were shooting at each other.  A man on safari protected himself from a mass of African natives who chased him with spears.

Pirates aboard a ship were followed by sea creatures, and men in bright hula skirts performed on an ocean full of fishes.

A trailer loaded with white-faced mimes in striped shirts tossed around enormous black and white boxes. One of their crew flirted with a queen wearing a bright tiara, long brown locks, a gold evening gown, and a light stubble of beard. 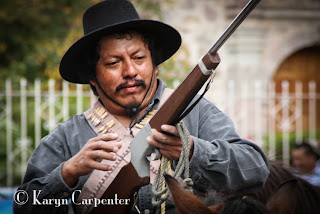 Thus, Ajijic welcomed 2014 with a parade of characters, lots of fun, music, and confetti!
Posted by Karyn Carpenter at 10:10 AM