Boo! Or Reflections on the Season 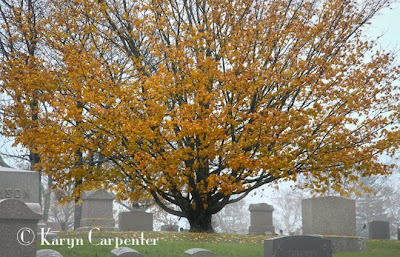 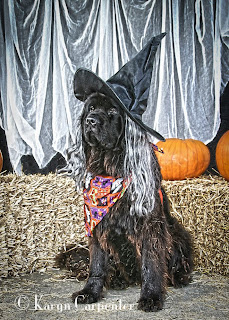 Halloween has always been my favorite holiday. Christmas, Thanksgiving, Easter, Birthdays, July 4, Memorial days - Bah Humbug, one and all. But Halloween! Now that is a holiday I can sink my teeth into. I think it is the fact that people get creative for Halloween. Children become super heros or princesses for the day. Adults turn into vacuum cleaners, hot dogs, lamps or the villainous, underworld figure - Dick Cheney.

It was a coincidence but I got my first Newfoundland on Halloween. That would have been 28 years ago. I was living in Kansas at the time and had, years before, decided that I was going to have a Newfoundland. I owned a small house next to a doctor's office, and one day the local police came to my office to ask if I'd heard anything during the night. Seems doctor's offices are often the target of people breaking in looking for drugs and someone had broken in the night before.

That did it! Time for a "guard" dog. I went down to the local 7-11, bought a newspaper and saw an ad for Newfy puppies. One call and I had arranged to meet this family who lived in Western Kansas and were driving 6 pups to the eastern side of the state to sell them that weekend.

My father was a private pilot so he rented a small plane and flew me to a little Kansas town with a grass runway. We landed at the appointed time, and shortly thereafter, a station wagon pulled up and out poured 2 adults, 5 kids and 6 16 week old Newf puppies! We visited a bit, I handed them a check for $150, grabbed the closest puppy to me at the moment, and off we went.

The nightmare really started for that poor puppy then. Talk about Halloween! She was pulled away from the only life she had ever known, handed over to strangers, dumped into a cardboard box, and propelled into the sky. If that wasn't bad enough, the crazy lady who had just adopted her had her sit on her front porch with her that night and, rather than snuggling with fuzzy liter-mates, poor Tara was forced to gaze on monsters and ghosts, witches and mummies. She must have thought she'd been sent straight to hell! Thank goodness the ASPCA wasn't around that night! In spite of a somewhat frightening beginning, Tara and I shared 12 more Halloweens together.

Today, Arayo and I spent the day looking for goblins and New England Halloween trappings. People in this part of the world aren't too into decorating for the season, but the bite in the air is becoming more pronounced and the trees are becoming more skeletal each day. I suppose that is scary enough.

Photos: And, to celebrate the season, fall colors over a cemetery. (I expect goblins to be dancing under the tree tonight!) Arayo poses as a wicked witch - scary huh?

Posted by Karyn Carpenter at 3:11 PM